MEMPHITZ LOSES DEFAMATION CASE, WHO DO YOU BELIEVE NOW??? 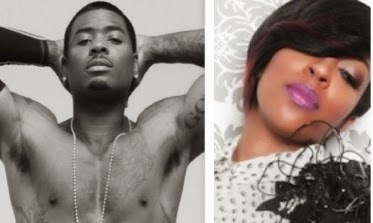 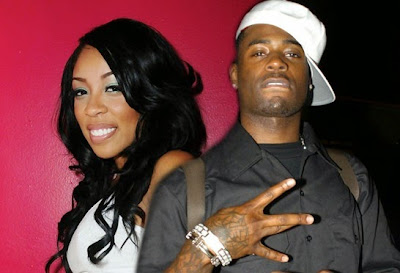 The verdict is in and the legal feud between Memphitz (Mickey Wright Jr.), Vh1, and Love & Hip Hop Atlanta producers has officially ended, and he has lost the case.


Domestic Violence is not a game. By no means, should a man feel the need to ever put his hands on a woman. Unfortunately for K. Michelle when she joined the cast of "Love & Hip-Hop: Atlanta" the lines seemed blurred on whether her claims of being physically assaulted by Memphitz, Toya Wright's husband( Lil Wayne's ex-wife) was true. As Season 1 and 2 progressed it seemed like K. Michelle kept making references to this abuse, and even alienating her from friendships with other cast members. K. Michelle, who was managed and dating Memphitz back in 2009 claims that he embezzled money from her music career, and beat her. Memphitz claimed that these suttle stories about him on the show, lead to harmed personnel and professional relationships. As viewers watched K. Michelle get more emotional about these claims on the show, we all wondered to an extent, was this all forreal, since he seemed so perturbed by the claims.

Memphitz who had an opportunity to join the cast and state his side by producer Mona Scott, opted not to, when wife Toya Wright suggested they shouldn't. Instead Memphitz decided he would fight his battles in the court room. "The case, originally filed in 2012, was a defamation suit against the owners of VH1 and producers of LHHA — for comments that his ex-girlfriend (K.Michelle) made about him concerning accusations of physical abuse and embezzlement — on the show.Ultimately, Memphitz sued for $15 million in compensatory damages and $50 million in punitive damages.

What really came as a shocker to me, is even though Memphitz had denied these claims for so long he did admit to the below, which finally made me understand why K. Michelle, had been so adamant about what happened to her.


"In the depositions, he did acknowledge that in 2009, he got into a physical altercation with K Michelle in a Memphis hotel. He also said that he had spent money from Jive Record’s budget for jewelry, not to help her career, and had sent a text message threatening to kill K. Michelle’s son.


When is it ever ok, to take someone's money and buy jewelry, threaten anyone's son, and cover their face with a pillow? Sounds like you are getting some karma Memphitz..... What's even more interesting is how a lot of men feel like they can do things to women behind closed doors, and never have to pay the repercussions. It's obvious that Memphitz was more upset that his secrets had been brought to the light, then acknowledging that at some point in his affairs with K.Michelle, he harmed her.

Well today the scales were tipped and Memphitz's case is finito!!! Do you think this is karma??